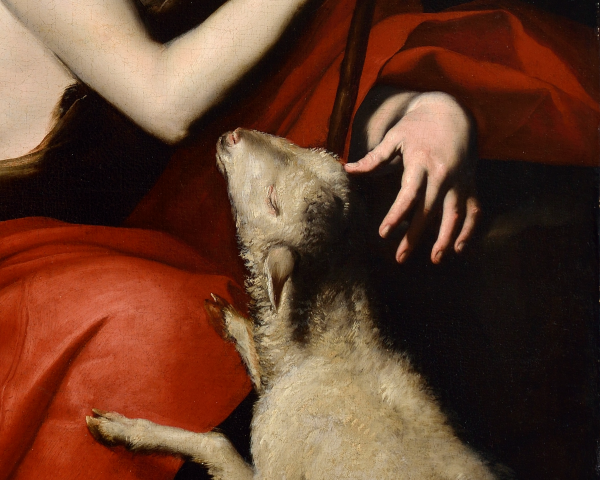 Step out of the cold and into the warmth of our Winter Exhibition at Colnaghi London. Join us as we explore important masterpieces from the Northern and Italian Baroque including works by Jusepe de Ribera, Corrado Giaquinto, Antonio Joli, Jan Baptist Xavery, and more.

Highlights include two paintings by Jusepe de Ribera; a bold and melancholic Saint John the Baptist, 1630s, and a powerful Saint Francis of Assisi which demonstrates great subtlety and realism, in line with its late execution date of 1648. The latter work also notably features a signature which was only uncovered during recent conservation. Corrado Giaquinto’s Saint Cecilia of the early 1750s is a strong example of the artist at his most Roman, and is particularly close in style to the Prado’s Justice and Peace, with its pastel colours, firm, elegant, French-style drawing and clear flesh tonalities.

A pair of beautifully executed marble reliefs of white carrara marble by Jan Baptist Xavery were part of the well-known van Ertborn collection in the nineteenth century. They depict a popular Flemish baroque theme: that of mischievous little angels, also known as putti. Strong examples of the Neapolitan Baroque include a Still life of fish, crustaceans and other seafood by Giuseppe Recco, and a view of the ruined Greek temple complex at Paestum by Antonio Joli, lent by Lord Montagu from Palace House, Beaulieu.

Two vibrant still-lifes by Agostino Verrocchi, c. 1630s, are true masterpieces by one of the great masters of the genre in Rome in the first half of the 17th century. Recurrent motifs across Verrocchi's production can be recognised; the symmetrical composition, fluttering butterflies (vanitas symbols), and disorderly placement of groups of fruits and vegetables on the marble ledge.

Discover these works in detail and more from 2nd December, at Colnaghi London. We are open from 10 am – 6 pm, Monday – Friday, and look forward very much to welcoming you.

The Rape of the Sabine Women

Still life of game, vegetables, a pig, and a boar's head in a basket

Verona, a view of the River Adige at San Giorgio in Braida

Basket of grapes, apples, figs, pomegranates and a pumpkin on a stone ledge

Dutch inland waters, presumably the Wijkermeer, with a 'Veerkaag' ship

The Adoration of the Magi