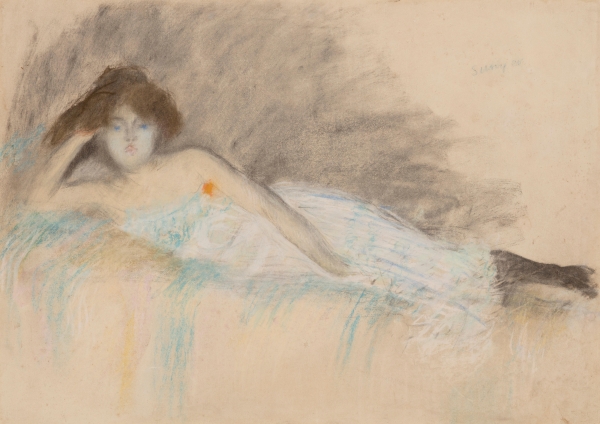 In the present sketch, Joaquim Sunyer has depicted a woman in her undergarments: probably a Madame or a dancer from one of the cabarets he often portrayed in his drawings.

This piece bears a strong resemblance to those carried out by contemporary artists such as Ricard Canals or Pablo Picasso, as they all followed in the footsteps of great French Impressionist figures such as Henri de Toulouse-Lautrec and especially Edgar Degas.